This summer I had the opportunity to hike in Norway.  For the past two summers, I have hiked with a group called Holidays.  It is a hiking group from England.  This summer there were four people in their early eighties in the group.  They were excellent hikers walking six to ten miles a day over terrain that was boggy and steep!  Watching them hike was inspirational.  Listening to them talk was inspirational.  In my series English Reading Comprehension for the Spanish Speaker, there are many stories about inspirational people:  Nelson Mandela, Andrew Lloyd Weber, Steven Spielberg, Albert Einstein, Dolly Parton, Smokey Robinson, Maya Angelou, Chris Gardner, Bono, Archie Carr, Bill and Melinda Gates, Amelia Earhart, Oprah Winfrey.  Below is the story about Paul Farmer.
Paul Farmer
If you had to write about a hero, who would you write about?  Some people would write about 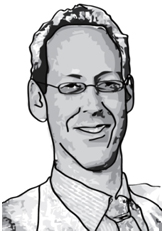 Paul Farmer.  Have you ever heard of him?

Paul Farmer was born on October 26, 1959 and had a very unconventional childhood.  He didn’t live in a house.  No, he got to live in a bus at a campground and after that he lived on a 50 foot-long leaky boat with his family of eight.  Farmer thrived in these unusual circumstances.  He was a tall, skinny kid who excelled in the intellectual department.  His father, who was a physically big man and competitive athlete, was disappointed that his son was not athletic.  Instead, Farmer loved going to the public library and getting books.  At the age of 11, Farmer was given a copy of Tolkien’s Lord of the Rings which he read and then reread in a matter of a few days.  After that, he took it to the library and told the librarian he wanted more books like this.  She gave him adventure and fantasy novels but after reading them he would return and say “This isn’t it.”  Finally one day the librarian gave him War and Peace.  Bingo!  This was the book he had been looking for.  He told the librarian,  “This is it!  This is just like Lord of the Rings.”  When it was time to go to college, Farmer received a full scholarship to Duke University.
Farmer’s childhood, which was full of family adventures and misadventures, prepared him for a life of traveling and doctoring in difficult places.  Growing up with dinners of hot dogs, bean soup and cramped quarters, he developed the ability to concentrate and sleep anywhere and eat most anything.  One summer in Haiti he slept every night in a dentist’s chair.
The seeds for his lifework were planted when he was an undergraduate at Duke University.  He volunteered at Duke’s hospital and in local migrant labor camps where Haitians worked in the tobacco and vegetable fields.  After graduation, Farmer enrolled in Harvard Medical School and went to Haiti to study and volunteer in one of the poorest regions.  He studied medicine at Harvard long distance and applied what he learned to his Haitian patients.  To support his work, in 1987, with another Harvard medical student, he founded a Boston-based charity called Partners in Health.  PIH set up a clinic which today is a well-equipped facility and a global model for delivering public-health services.  PIH fights tuberculosis, AIDs, malaria, and other infectious diseases afflicting millions of poor in Haiti, Peru, Russia, Mexico, Guatemala, Rwanda, and Boston’s inner city.  Countless volunteers do much of the work.
Paul Farmer is a hero who has dedicated his life and talents to fight against global pandemics of disease and poverty.
Visit our website at www.Fisher-Hill.com to see the English Reading Comprehension the Spanish Speaker series and other series for Spanish-speaking teens and adults.
Leave a Reply Cancel Reply